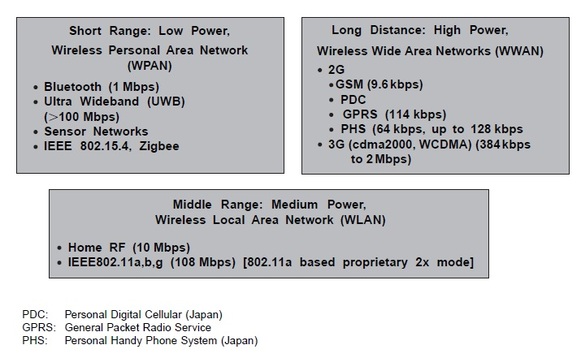 The cellular system employs a different design approach than most commercial radio and television systems use. Radio and television systems typically operate at maximum power and with the tallest antennas allowed by the regulatory agency of the country. In the cellular system, the service area is divided into cells. A transmitter is designed to serve an individual cell. The system seeks to make efficient use of available channels by using low-power transmitters to allow
frequency reuse at much smaller distances. Maximizing the number of times each channel can be reused in a given geographic area is the key to an efficient cellular system design.Wireless systems consist of wireless wide-area networks (WWAN) [i.e., cellular systems], wireless local area networks (WLAN), and wireless personal area networks (WPAN).

Wireless Networks - From 1G to 4G 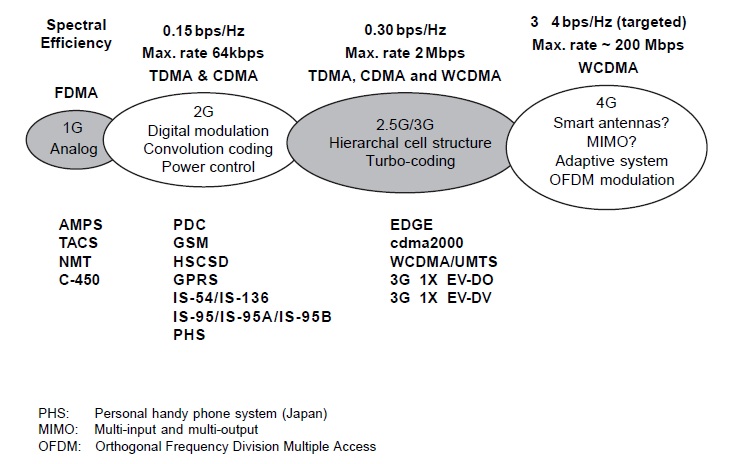 
3G
Taking into account the limitations imposed by the finite amount of radio
spectrum available, the focus of the third-generation (3G) mobile systems has been
on the economy of network and radio transmission design to provide seamless service
from the customers’ perspective. In North America, the selected approach for 3G systems
is cdma2000 that uses a CDMA air-interface based on the existing IS-95 standard to provide
wireline quality voice service and high speed data services at 144 kbps for mobile users,
384 kbps for pedestrians, and 2 Mbps for stationary users.